A colleague has drawn my attention to this infographic in today’s City AM concerning the cost and value of communications services in the UK. 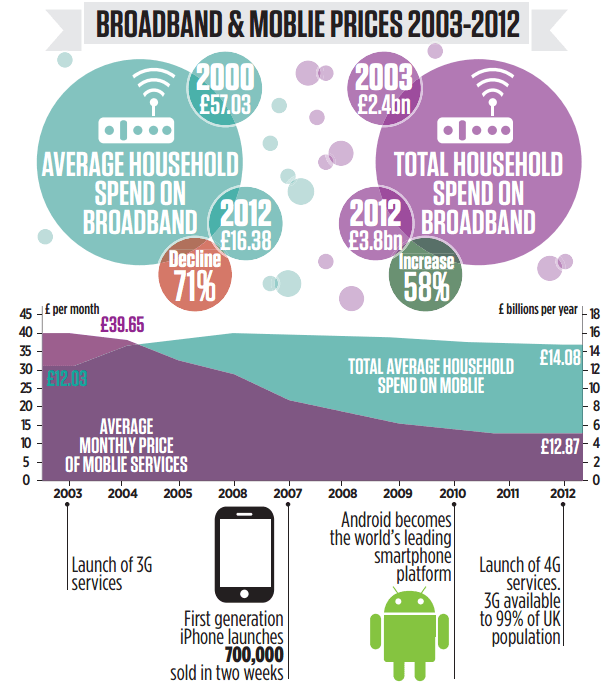 A colleague has drawn my attention to this infographic in today’s City AM concerning the cost and value of communications services in the UK.

In particular, he was baffled by the data in the trend chart, which has two y-axes (£ per month on the left hand scale and £ billions per year on the right hand scale). The data sets are labelled “Average monthly price of moblie (sic) services” and “Total average household spend on moblie (sic)”. Apart from the consistent misspelling of the word “mobile”, there seems to be fundamental mistake in the scaling of the data set relating to the y axis, since an axis scaled in £ billions could not possibly relate to average household spending. The £14.08 label doesn't even line up with that value on the axis.The source of the data was not stated either in the infographic or the article that it accompanied, but I found it was a report published yesterday by Ofcom called “Cost and value of communications services in the UK”.The Ofcom report also portrays the data graphically, and it is interesting to compare and contrast the original from the report with the rendition of the same information in the infographic.

I also wondered whether the rather random collection of statistics thrown together at the top of the infographic had been presented with more meaning in the original publication, and found that this was indeed the case. Here is the chart in Ofcom’s report that contains that data (shown in the green and red lines).

Ofcom’s rendition of the data conveys far more insight than the overall rates of decline and increase quoted in the infographic. The trend for average spending on residential fixed broadband declined steeply from £57.03 in 2000 to £31.79 in 2004 but the rate of decline then slowed, and has actually increased slightly in real terms over the last two years. The trend for total household spending on fixed internet and broadband climbed rapidly over the three years from 2003 to 2006 and then declined slightly, before increasing over the last two years.Publishing either of Ofcom’s charts in their original design would have conveyed information and insight more quickly and clearly than the infographic.

Viewpoint
Today's misleading infographic
Thank you! Your submission has been received!
Oops! Something went wrong while submitting the form.
Follow us 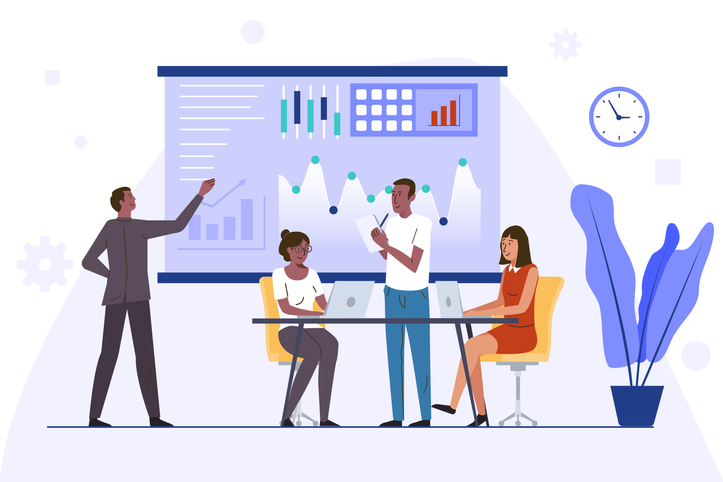 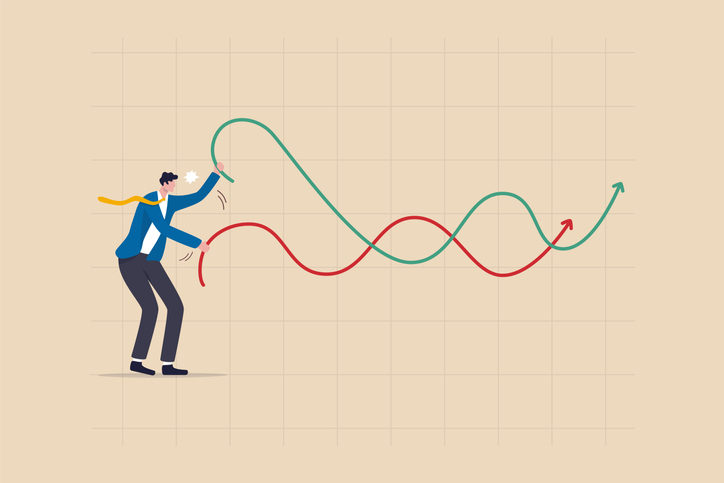 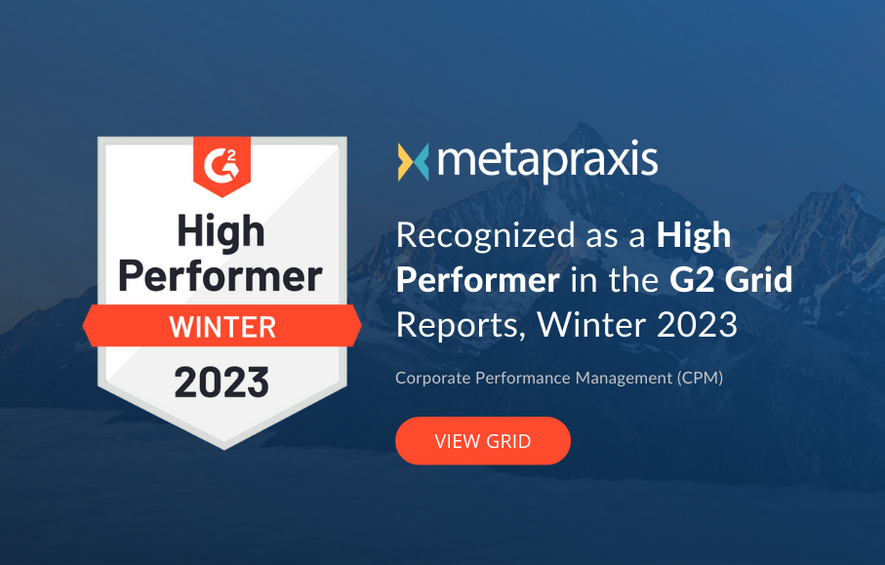